Let Us Help You

A serious injury can result in extensive medical costs and lost wages, resulting in financial hardship. You may be able to collect compensation that can alleviate those financial pressures. click here.

If you’re having difficulty repaying your debts, you may be able to find some relief through bankruptcy. Hill & Hill has handled bankruptcy filings for many people throughout Kentucky click here.

Hill & Hill can help you work through the passing down of assets to heirs, end-of-life care, guardianship, and many other trying issues and decisions, creating a binding, legal document. click here.

If you or someone you love has been hurt in a motor vehicle accident, you may be entitled to compensation. Find out if you have a case by contacting Hill & Hill! click here.

Need to file an appeal?

Hill & Hill handles state appellate cases at all levels, including cases heard by the Kentucky Court of Appeals and the Kentucky Supreme Court. click here.

Almost everyone will need to talk to a lawyer at some point in their lives. For some people, that point comes when they find themselves facing criminal charges.

Law-abiding citizens sometimes encounter legal problems as a result of changing life circumstances. Financial hardship can push people to extreme actions like theft and burglary, as they try to provide for their families. And sometimes, it’s a split-second decision that lands people in jail – a heated argument could result in assault charges, or a lapse in judgment could result in an arrest for driving under the influence. Regardless of the nature of criminal accusations, people are entitled to fair representation.

The Corbin criminal defense attorneys at Hill & Hill have helped protect the rights of defendants throughout the state of Kentucky. We know that being arrested for a crime can be an embarrassing experience, but our job is not to judge what our clients have or have not done – it’s to deliver the best defense representation possible. If you or a family member have been accused of a crime, we want to help you. Call us today at (606) 528-7181. 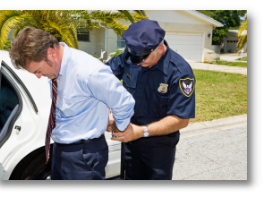 MURDER AND OTHER HOMICIDES

The law recognizes no more serious crime than the intentional taking of another life. Such acts usually lead to a charge of murder. There are, however, lesser offenses that may apply. A skillful lawyer can identify and present the many varied defenses available to an accused person.

The Law Firm of Hill & Hill has tried and successfully defended murder cases in Whitley, McCreary, Knox, Laurel, Pulaski, and Bell Counties. We have the knowledge and expertise to ensure the best possible result in your case.

Many people who are arrested for driving under the influence of alcohol or drugs don’t realize they’re impaired, or at least don’t think they’re too impaired to drive. Other factors such as sleepiness or over-the-counter medications can increase the effects of alcohol and make driving dangerous.

For first-time offenders, as long as the driver didn’t cause a crash or harm anyone, penalties may include a fine of $200 to $500, community service, jail time of two to 30 days, participation in an alcohol or substance abuse program, and driver’s license suspension of 30 to 120 days. Those penalties may not seem severe, but without a license, people may lose their job because they have no way to get to work, or they may lose their job because they’ve been detained in jail. An attorney can help minimize the repercussions of a DUI arrest, so people can get on with their lives.

Even people with no criminal record can end up serving a lengthy sentence if they’re accused of multiple crimes stemming from a single incident. For example, the penalties for assault with a deadly weapon are much more severe than for assault resulting from a fistfight. In such a case, illegal possession of a weapon, intoxication, and other factors can compound sentencing.

Criminal defense lawyers analyze cases to determine which charges a court might reduce or eliminate. When people go to jail, their families can suffer economic hardship, as a result of an incarcerated relative’s lost income. Reducing jail time for defendants, or convincing the court that probation is a viable alternative, can help families preserve their stability.

Statistics from the American Bar Association indicate Kentucky courts are not perfect. In fact, sometimes their errors can mean the difference between life and death.

The ABA reports that of the 78 death sentences issued in Kentucky, 50 were overturned on appeal in state or federal courts.

That means 60 percent of those initial sentences were flawed. One could assume the courts make other mistakes in sentencing, too.

In the same report, the ABA said Kentucky needs legislation to protect people with mental illnesses and disabilities in the legal justice system. When they are suspected of a crime, this population may not understand their rights, may falsely confess to crimes they didn’t commit, or raise suspicion about their guilt because they can’t recall details that could prove their innocence.

When teenagers are accused of a crime, their future may hinge upon what happens next. According to Kentucky Youth Advocates, children who enter the juvenile justice system as offenders are four to 10 times more likely than their peers to end up in the adult justice system. Keeping children in school and out of juvenile detention for non-violent crimes may help them avoid a lifetime of legal trouble.

If a young person in your family needs legal help, a Corbin criminal defense lawyer at Hill and Hill may be able to negotiate arrangements that avoid expulsion from school and detainment in a correctional facility. Call us today at (606) 528-7181. Protection for All People The legal justice system is intended to protect people – but not just victims of crime. Defendants in criminal cases deserve a proper and competent defense, and that’s why Hill & Hill works hard to protect defendants in southeastern Kentucky. If you or someone in your family has been accused of a crime, call our Kentucky defense lawyers today at (606) 528-7181, or fill out our online contact form.

PROTECTION FOR ALL PEOPLE

The legal justice system is intended to protect people – but not just victims of crime. Defendants in criminal cases deserve a proper and competent defense, and that’s why Hill & Hill works hard to protect defendants in southeastern Kentucky.

If you or someone in your family has been accused of a crime, call our Kentucky defense lawyers today at (606) 528-7181, or fill out our online contact form.

Serving All Of Kentucky!

Top
Copyright 2021 Hill and Hill. All Rights Reserved. This is an advertisment.
Home  »  Contact